I saw these online, and since I had just this morning received some nice potatoes from the Leslieville Farmers Market.  I had to try them.

I followed the recipe pretty closely. although I used a large white potato instead of fingerlings, and added some rosemary.  Here they are before going into the oven: 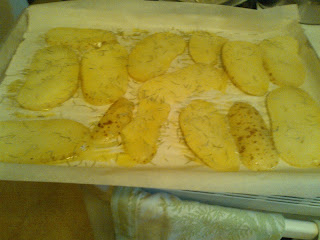 And here they are after being under the broiler for a few minutes: 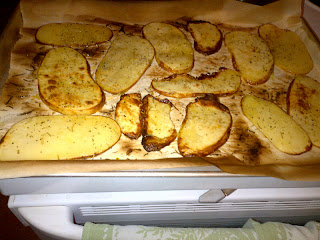 Yumm, yumm, yumm.  Not sure they're great on the calorie side, but as an occasional treat, they're vegan and tasty.
Posted by Sherri at 5:09 PM