What a thrill it was to visit Washington DC.  It was by far the highlight of my vacation.

I started out in Baltimore, staying at Henderson's Wharf Inn.  It was a nice little boutique hotel, and I had a cozy pretty room.  As soon as I checked into the hotel, I booked a train to Washington.  Nice train!  It was called Acela and I guess it's the high speed train that travels along the corridor between Boston and Washington DC.   I'm definitely taking this train again - fantastic way to travel.  I travelled from Baltimore to Union Station in Washington in just over 30 minutes - nice.

In Washington I had pre-booked a trolley bus tour and I picked it up from Union Station.  The tour went all over the place and here were some highlights. 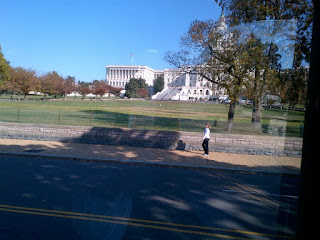 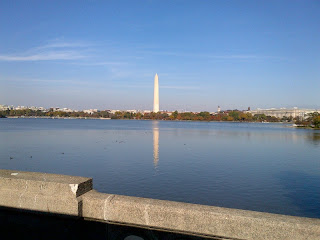 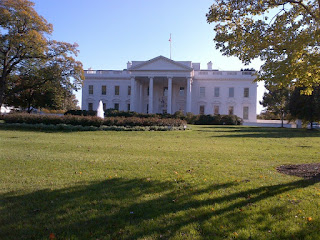 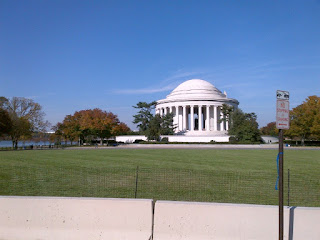 A nice hotel near the White House: 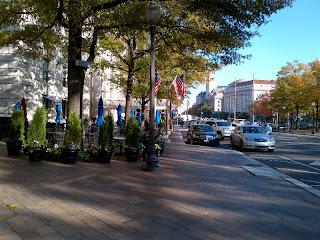 Washington was beautiful, there was so much to see.  Kim and I are talking about a trip to DC for a few days to see the Blossom Festival, and visit the Smithsonian, Newseum, and so many other places.
Posted by Sherri at 7:34 PM