Drinks with my dear friend Brad

Today I worked only in the morning, and then I met my dear friend Brad for lunch.  We worked together at Ontario Power Generation and he is a gem.

I keep forgetting to take pictures!  I meant to take one during lunch.  But I forgot.  We went to an old favourite in Yorkville called Sassafraz.  During the Toronto Film Festival, this restaurant is a great one for people watching, as there are lots of movie stars in the vicinity.

Brad's full name is Bradley Cooper and we often laugh about his being confused with that other Bradley Cooper.  So since I forgot to take a picture of my friend Brad, here's a photo of the other one.  I think Brad would approve. 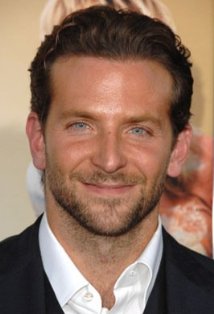 Interesting story about the restaurant, in 2006 a fire broke out in the restaurant and it was destroyed.  It was rebuilt and now it looks pretty much identical to the old one - it's still a single-story, yellow restaurant.

I'll try to remember to take some pictures tomorrow night at the first annual "Christmas Eve Picnic at Auntie P's" event.
Posted by Sherri at 6:27 PM