Time for our annual camping trip to Cyprus Lake!  Kim and I have been doing this for years, and now Noah is becoming a big-time camper too.  Daisy is of course an old pro at this.

Unusually this year, there was a fire ban because of all of the dry weather.  So for the first time ever, we weren't allowed to have a camp fire.  It was still a magical trip.

Here we are, setting up, you can see Noah is pretty excited. 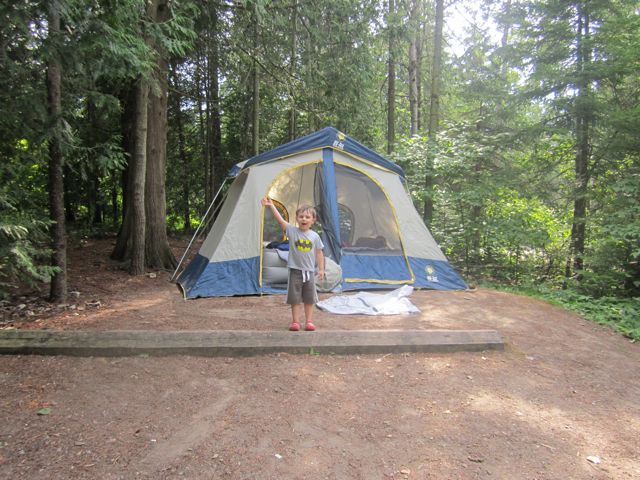 We spent most of the time at the beach on Cyprus Lake.  Daisy can really enjoy herself here, swimming for balls and running along the shoreline.  Noah and Kim did some swimming too.  I was mostly there to throw balls for Daisy.  The weather was fantastic! 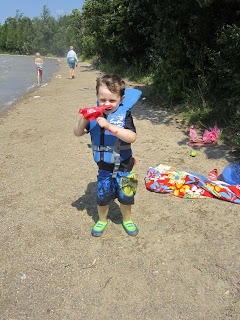 Daisy really had a great time, here she is getting ready to run for the ball: 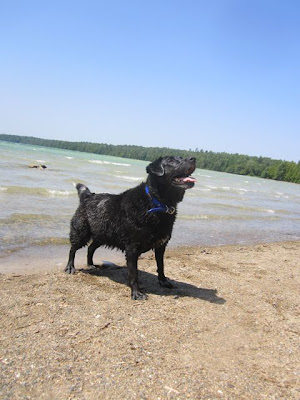 And as she's getting older, she's getting tired a little more easily.  Here she is leaving me in the water, heading back towards the beach.  She had had enough for the day, notice she's taking the ball back with her! 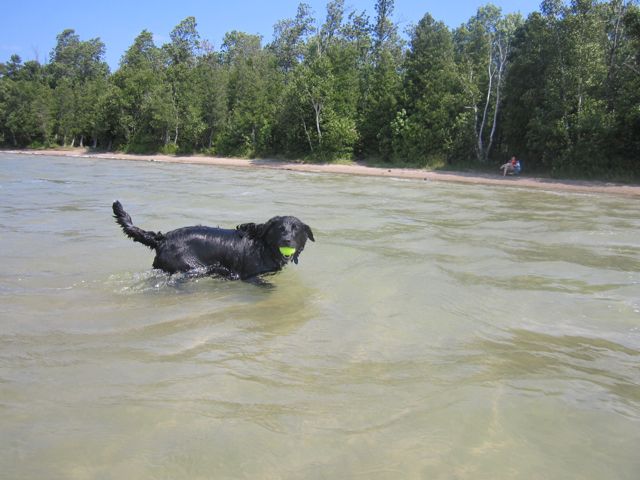 Each day we walked along the path from our campsite to the beach.  It's a wonderful national park, one of my favourite places to go each summer. 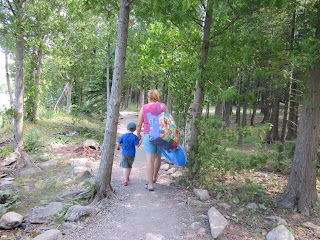 We were at Cyprus Lake for 5 days so on one of the days, Kim and Noah went off to take a glass-bottom boat tour of the lake while I stayed at the campsite with Daisy to relax and read.

I would normally link you up to Kim's blog so you could see her photos of their trip but of course Kim isn't putting her pictures up, so I thought you might like to see them anyway.  ;)

Here's Noah, getting ready to go on the tour: 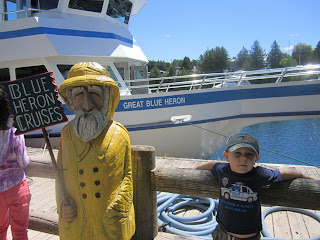 I asked Noah to make a map of where the treasure was located so that we could go back and pick it up later.  Here he is, diligently marking the route to the treasure: 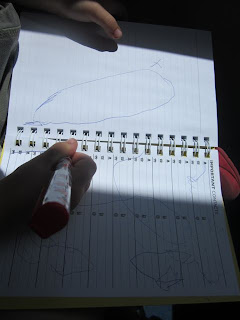 Kim took this great shot from the boat - pretty lighthouse! 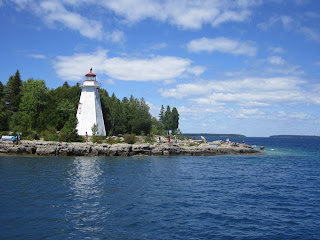 One of the new favourite things to do this year was to play soccer.  Noah named his team the "New Daisies" and Kim insisted that they needed a winning dance for when the New Daisies scored a goal.  Here they are, dancing, I sure wish I had taken a video of this: 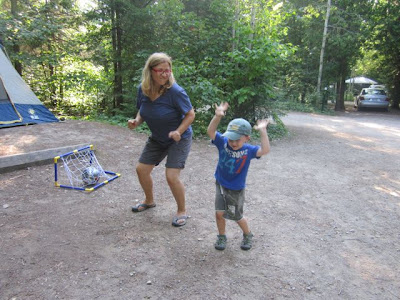 Each night we went down to the water so Daisy could have a little swim and to enjoy the view.  Here is a picture of Kim and Noah: 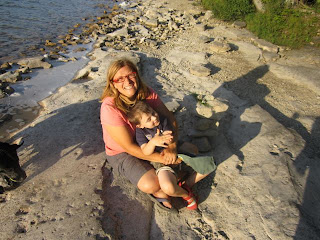 And finally, an "art shot" that Kim took with her fancy camera once she realized there were features she didn't know about.  I like this one, it's of the trees around the campsite. 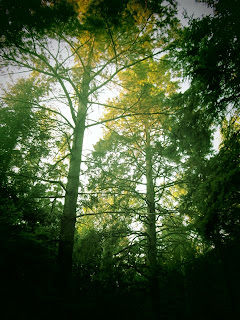 Oh and a new, bonus picture posted now as an update!  Look at this one, love it, another one of Kim's pictures.  This was taken just before a huge rainstorm, you can see how dark the sky is in the distance.  The storm caused a lot of thunder and lightening in other parts of the province, but we just had a lot of rain.  Pretty colours in this photo, don't you think? 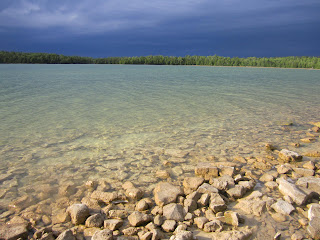