I was pretty excited to be able to see Camilla, Duchess of Cornwall on her recent trip to Toronto.   A work colleague is involved in the military and invited me to her visit to the Moss Park Armoury.  Camilla is the Colonel-in-Chief for one of the regiments.

I was hoping to see a dressed-up Camilla in her usual fancy hat, like this: 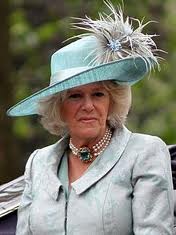 But that didn't happen, she was dressed in the uniform for the regiment which was dark.  She reviewed the Guard of Honour, met some WW2 veterans, had photos taken with serving soldiers, laid a wreath at the memorial plaques, unveiled her new painting, and met with soldiers and families.

Here she is at a podium on arrival: 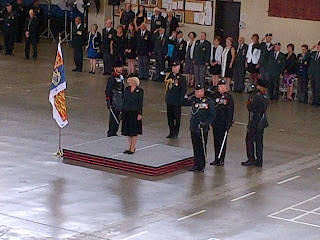 And here she is chatting with some of the soldiers. 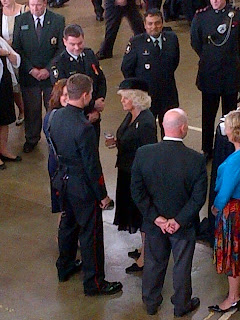 The event was carefully choreographed and she whisked in and out, stopping at all of the places she was supposed to, in about an hour!

Still, it was nice to be in the presence of royalty.   :)