Ouch - Auntie P has a sore back

It's been kind of a crappy vacation.  The first week was great, camping with Kim and Noah at Cyprus Lake.  But on the last day, as I leaned forward to pick up a box to pack in the truck, I felt a sharp pain in my back.  Following that, the 5-hour drive from Tobermory to Toronto exacerbated the back pain.

So it's been a week and I've been to the chiropractor almost every day.  They've determined that the problem is a herniated disc in my back.  It's been very painful and so far, there hasn't been any relief with the chiro, ice packs, or ibuprofen.  Noah suggested on a call today that Auntie P should try Robaxacet - tried that too buddy, nothing is working. 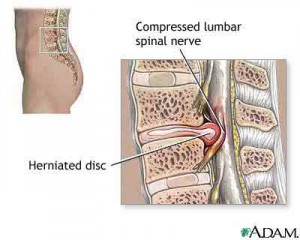 On the good news front, all this time at home without the ability to do anything or lift stuff has meant more time for blog updates!

Hope this gets better soon.  It looks like I'll be home for at least another week - chiro says 4 - 6 but I'm sure I can get back to work sooner that that.  It's pretty boring lying around here, even though the kitties and Daisy are fantastic company.
Posted by Sherri at 9:57 PM