What are you doing for New Year's Eve?

Since staying in is the new going out (apparently), I'll be heading over to Kim's house to watch CNN for New Year's.  We both like to watch Anderson and Kathy ringing in the New Year, and of course they're broadcasting from Times Square again this year.  I think it might be fun to be there one year - staying at the Casablanca we would only be a few feet away which would be fantastic.

December 31st UPDATE: New Year's Eve at Kim's is cancelled.  :(  Kim has a fever and Noah has been sick, so I'm staying home.  Hope everyone enjoys a healthier 2013! 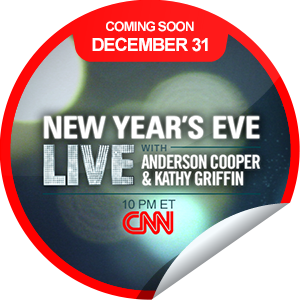